Tage Svenning Andersen is perhaps best know for his many paintings featuring a priest sleeping next to his church. In the background you will most often see fields leading down to the Langeland Belt where a MÆRSK container ship will be sailing by. You have to delve into the symbolism yourself, but it is not simply an allusion to priests sleeping too much.

Tage has also painted many pictures of the “Bishop of Skrøbelev”. Into a granite block, built into the north wall of Skrøbelev Church, the image of a robed figure holding a staff was carved, some 1000 years ago. Tage calls him the “Bishop of Skrøbelev”. He has painted countless pictures of the bishop and has created his own narrative about him. For example the bishop once sailed to the nearby island of Strynø, to act as a missionary and convert the heathen inhabitants of the island. All the pictures mentioned above are painted in a naive style, but Tage also paints naturalistic landscapes. Almost everything he creates refers somehow to Langeland, for example, to the island’s nature, landscape, churches, ships and the sea.

During his childhood, Tage’s grandmother worked as an art dealer from her apartment in the Frederiksberg district of Copenhagen. In her living room paintings were always piled from the floor to ceiling. Most were sentimental “kitsch” - deers at the edge of a forest, cows in a field, children with tears running down their cheeks and the like, but amongst them there were also some fine art paintings by well known artists - such as fishwives on Copenhagen’s Gammel Strand (the old beach). Tage was fascinated by these paintings and taught himself to draw - especially farmhouses. When he drew what he thought was a good drawing, he would give it to his grandma. She would praise him and reward him with a “daler” (around two kroner at the time). This is how his professional career started, but otherwise Tage Svenning Andersen is self-taught.

Tage Svenning Andersen was born in Copenhagen in 1957. He has lived on Langeland for around 30 years. He works in both abstract and figurative styles - in many genres - perhaps mostly in a naive, slightly religious and rather whimsical manner. Tage has exhibited his works numerous places: SAK in Svendborg, Nowhuset in Tullebølle, Humble Church, Tranekær Church, Rudkøbing Parish Hall and Langeland’s Artists Open Door.

Additionally Tage has taught art in many different contexts, such as in a village school in Ghana, in a school for the developmentally disabled, in the Holmegård Asylum Centre, and many children’s centres. He has also organised many art projects and exhibitions.

It is possible to visit Tage Svenning Andersen and view his art by prior arrangement. 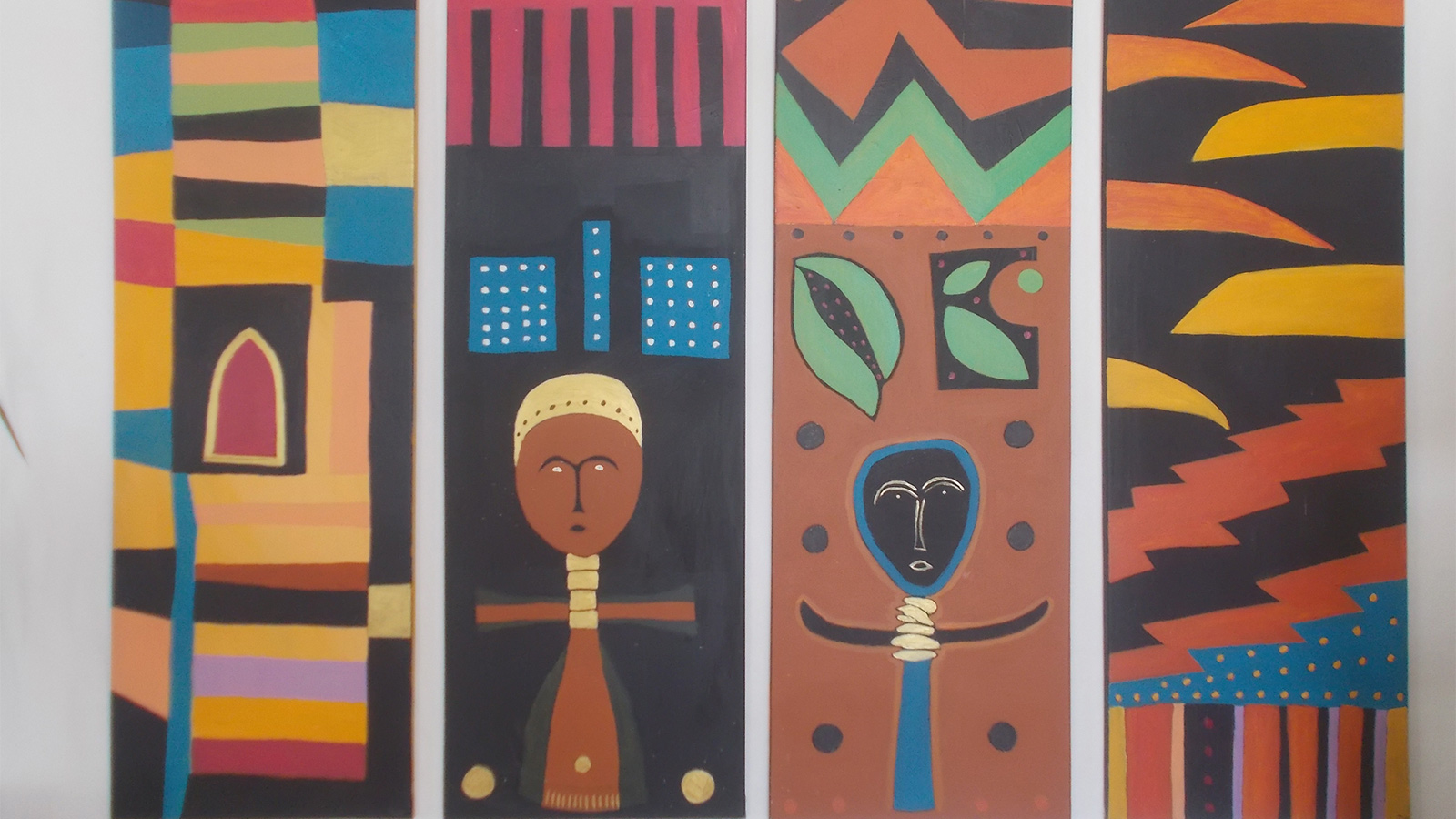